Riftwalkers are technically a psychokinetic manifestation, and thus the creation of physical metrics is extremely problematic. The few limiters are as follows. They all appear between two and six and a half feet in height, and appear as a waifish and wispy but idealized version of the race they mimic. The vast majority have a humanoid appearance, though extraneous features such as wings, halos, tails, impossibly long hair or windswept cloth without evidence of a breeze are not at all uncommon. They appear to be minor shapeshifters, though the generic body shape and facial features seem to be unalterable, which suggests that this manifestation stems from some sort of deep self-image. Coloration, luminescence or external additions such as hair, fur, horns, feathers or scales seem to be able to be altered at whim. Their actual physicality seems to come from the Riftwalker's ability to draw minute dust particles and other microscopic debris into a shell around the weightless manifestation, and thus the beings tend to weigh approximately one-quarter what their size should suggest. As not naturally physical beings, they have no need for sleep, food, drink, or elimination, though many choose to do so anyways to approximate a 'normal' existence.

Riftwalker dress varies wildly, though typically tends to match up with the race they depict. While some actually wear clothing over the manifestation, most simply utilize their shapeshifting abilities to create the image of whatever sort of clothing they desire.

Riftwalkers emerge into Hiverspace at a variety of visible ages, typically ranging from between pre-adolescents to middle-aged. It does not appear that they age beyond this point, though more study is needed.

Riftwalkers are 'born' when a universe is fractured and by dimensional rifts - created within the interdimensional fabric itself. Some riftwalkers have the personality of a person previously consumed by the rift, while others seem to be made of fragments from several individuals, while others seem unique. When a Riftwalker first awakens, they are in a formless state, existing on the border between universes. Some Riftwalkers attempting to describe this state liken it to an endless and seemingly timeless plain of grayish-purple with the constant gurgle of flowing water, that many have begun calling 'Limbo'. Here, they seem to be unable to sense the existence of each other, and many describe the beginning stages of madness due to the extreme isolation. At some point, the ones that have emerged in Hiverspace have described a burst of extreme emotion and a sense of reaching out, where they seem to be able to push some sort of psionic, sensing 'puppet' into Hiverspace, which they were able to manipulate from their place in Limbo.

Riftwalkers emerge without memories of their former life, though with a distinct personality, skills, and abilities. Some have the strange tendency to name themselves after the first thing they see, leading to a lot of Riftwalkers named Star or Space. Some ask for others to name them, while still others go nameless. For those that name themselves an actual name, the name is typically overly grandiose.

Riftwalker fragility tends to keep them away from physical occupations like laborer or close combatant, and most tend to shy away from planets with anti-psionic measures. With their shapeshifting abilities and ability to de-manifest, they tend to gravitate towards professions like scout or spy.

When Riftwalkers de-manifest, a swirling, one foot diameter vortex of floating, colored light remains, essentially revealing their point of access into this dimension. While they are unable to interact with the physical world in this form, they can still be harmed by physical means. They do, however, get bonuses to sneaking and dodging. 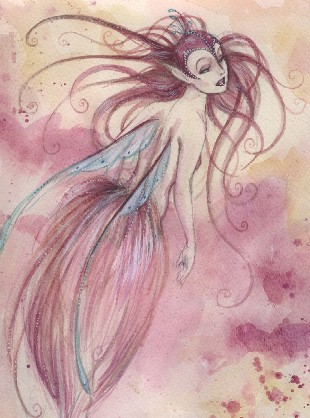 Riftwalkers are often psychologically damaged by the time they settle in Hiverspace. The inability to remember the slightest detail of their past lives constantly gnaws at many, especially given the likelihood that everyone they knew is dead, and cannot be properly mourned. The fact that they aren't a 'real' person bothers others, and they think of themselves as a ghost, a mannequin, or worse, undead. The fact that they don't know who they are is another subject of stress, as they don't really know if they deserved to die or not. The most common form of psychological stress, though, is that which comes from the endless loneliness of Limbo. It often requires the Riftwalkers to be in the first stages of madness before they're able to 'push out' and manifest.

There are many coping mechanisms used, however, and the most popular stems from ancient Earth history, and the stories of the fairies. As there is a superficial physical resemblance, many choose to identify themselves as good nature spirits, watching over the sapient world. This sense of ownership and responsibility often serves as a driving force, and keeps them from severe depression.

While Riftwalkers are, in fact, a manifestation, they are still able to be killed in Hiverspace by severe physical blows, and are vulnerable to psi negators. They will never remember their past life, which poses a constant psychological danger.